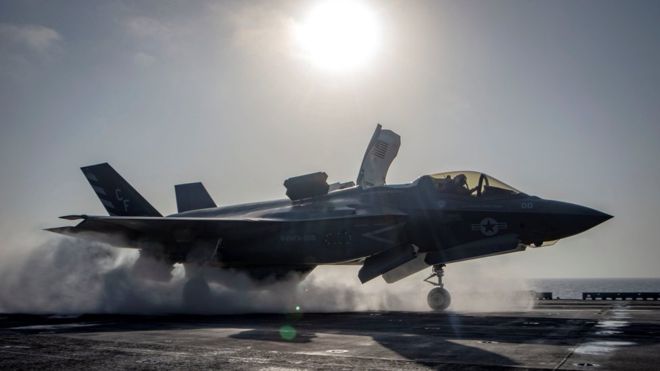 The US military has suffered the first crash in its hugely expensive F-35 fighter jet programme.

A F-35B jet came down in South Carolina, the Marine Corps said. The pilot managed to safely eject and there were no injuries.

The Marines said in a statement that an investigation into the cause of the crash is underway.

The F-35 is the largest and most expensive weapons programme of its type in the world.

Global sales are projected at more that 3,000 aircraft, and the programme is likely to last for some 30 to 40 years.

But the programme has been criticised both for cost and combat effectiveness.

The jet involved in the incident is believed to have cost around $100m (£77m), although a new Pentagon contract announced on Friday for a record 141 F-35 jets has brought the cost down to around $89.2m per aircraft, according to Reuters.

The model is one of three varieties of the F-35 series in operation.

On Thursday, the US carried out its first operation using the F-35B against Taliban targets in Afghanistan, four months after the Israeli military announced it had used the F-35A to carry out two separate strikes.

US President Trump has repeatedly praised the F-35, saying that the enemy “cannot see” it. While the jet is not invisible, its primary contractor Lockheed Martin has said its “advanced stealth” enables it to avoid radar.

F-35: Why its maker says it’s so advanced 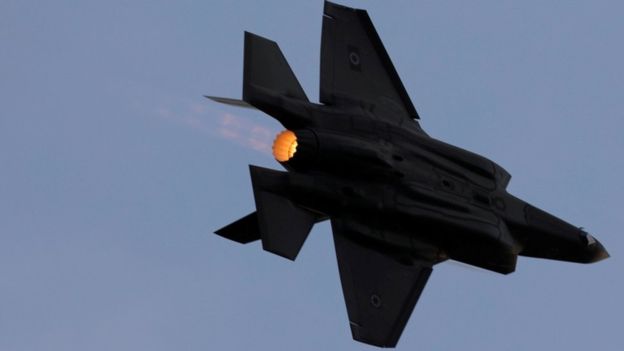