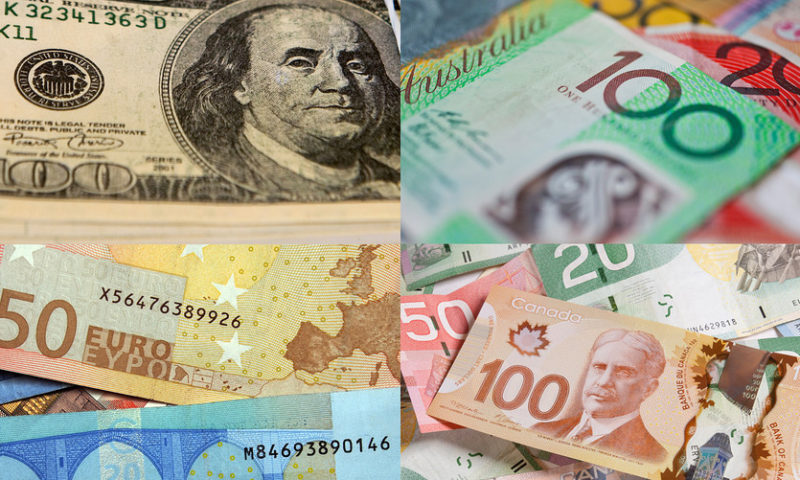 A slide in the U.S. dollar and a rally by its main rival, the euro, moderated toward the end of the New York trading session on Monday, and investors returned to focusing on this week’s Federal Reserve meeting, which is widely expected to deliver a rate increase.

Earlier in the session, European Central Bank President Mario Draghi said in introductory remarks at a hearing on economic and monetary matters in the European Parliament that he expected a “vigorous pick-up in underlying inflation,” even though harmonized eurozone headline inflation was likely going to ba flat until 2020.

In response, the euro

EURUSD, +0.1277% jumped to a session high of $1.1816, its best level since mid-May. The shared eurozone currency then receded and last changed hands at $1.1759, compared with $1.1749 late Friday in New York. The euro’s advance pushed the U.S. dollar lower as U.S. market participants assessed the latest developments in the trade battle between the U.S. and China, as well as the Federal Reserve’s Wednesday rate decision, at which the central bank is expected to raise interest rates by 25 basis points. Fed-funds futures show traders have priced in a 92% chance of a rate increase.

China called the U.S. a trade bully and pulled out of the next round of talks. The latest round of U.S.-imposed import tariffs on Chinese goods are due to come into effect Monday, prompting retaliation by Beijing.

The Australian dollar AUDUSD, -0.0414% weakened against its U.S. counterpart, and the pair, which market participants referred to as the “quintessential risk-off pair”, was among the worst performers in developed markets. One Aussie dollar last bought $0.7257, versus $0.7289 late Friday in New York.

“Perhaps most surprising of all was the rebound in cable which crossed above the $1.31 mark in London dealing and has not looked back,” said Boris Schlossberg, managing director of FX strategy at BK Asset Management about the British pound GBPUSD, +0.2134%

“This is despite no seeming progress on Brexit negotiations and slightly disappointing [factory orders] data,” Schlossberg said.

Last week, the European Union rejected U.K. Prime Minister Theresa May’s post-Brexit proposal, prompting May, who is facing her party’s conference this week, to say that the U.K. would prepare for the possibility of a “no deal” Brexit in March 2019. The next Brexit summit is scheduled for November.

The smart way to use credit cards for wedding expenses