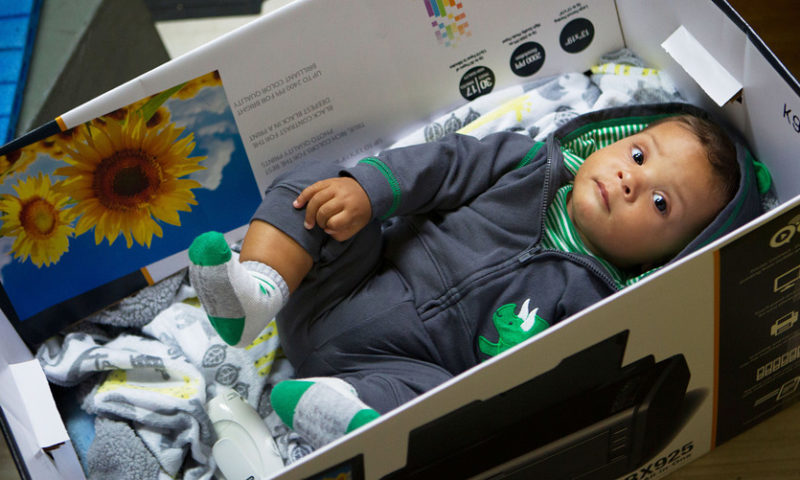 The new round of tariffs President Donald Trump announced Monday could hit new parents where it hurts, with cribs, bassinets, diaper bags and other infant products all on the list of products that would be affected, manufacturers say. This latest round of tariffs would impose a 10% tax starting Sept. 24 on $200 billion in Chinese products and would increase to 25% in January 2019.

Manufacturers are sounding the alarm about the possible impact on consumers. A crib that sells for $200 could see its retail price go up to $250 to $300, warned St.Louis-based crib maker Delta Children’s Products in a letter to the United States Trade Representative. The tariffs could also have dangerous consequences if families try to save money by buying used cribs that don’t meet current safety standards, Delta’s letter said.

While most baby gear is made in China, some experts say there’s no need to panic about higher prices yet. “I don’t think necessarily that overnight you’re going to see the price of cribs go up on Amazon AMZN, -1.51% ” said Alan Fields, co-author of the baby gear guide book and website Baby Bargains. “There will be a delayed effect. If it’s solved and the dispute is over in three months, there may be no effect at all.”

In other words, Fields said, “I don’t think you need to rush out and buy a crib tomorrow because the tariffs are going to hit.”

Case in point: An even longer list of baby products had been targeted this summer with proposed 25% tariffs on Chinese goods, but some — including car seats and high chairs — were spared after trade groups, including the Juvenile Products Manufacturers Association (JMPA, lobbied the U.S. Trade Representative.

JPMA executive director Kelly Mariotti said the group was “grateful” that some products had been exempted. “We are hopeful that the philosophy of protecting babies will continue through the exclusion request review process and in future rounds of tariff considerations,” Mariotti said in a statement. “Many baby products, including cribs and component parts used to produce car seats domestically, still remain subject to the new tariffs, and higher prices will ultimately impact families’ access to these items.”

Other key points to keep in mind about the baby product tariffs:

There’s a glut of inventory — and deals to be had
“If you’re going to have tariffs, now would be a good time,” Fields said. The Toys ‘R’ Us and Babies ‘R’ Us bankruptcy and liquidation has left warehouses “awash” in inventory, Fields said. That’s leading manufacturers to offer unprecedented deals to get their products into consumers’ hands. For example, car-seat maker Chicco held a sale in August that slashed prices 25% (Chicco seats sell for $299 to $399), giving shoppers even better deals than the ones they get on Black Friday. “We’ve never seen them do this before,” Fields said.

Parents should also be aware of increasing diaper and wipes prices
The rising cost of wood pulp, a key material in making disposable diapers and wipes, is forcing Procter & Gamble PG, +0.54% to hike prices on Pampers and Kimberly-Clark KMB, -0.04% to increase prices on Huggies starting in early 2019. Pampers will go up by an average of 4%, and Huggies diapers, Pull-Ups training pants and GoodNites pants will increase by “mid-to-high single digits percentage,” the company said in August.

Baby gear is actually far cheaper than it was decade ago
This may not be much consolation to cash-strapped parents of 2018, but they’re actually getting a pretty good deal on baby gear, compared to shoppers of the past. Fields and his wife Diane wrote their first “Baby Bargains” guide in 1994 and they’ve been tracking baby gear prices ever since. Back then, the Delta crib their guide recommended cost $269. In today’s dollars, that would be $463, Fields calculated. The best-selling Delta crib at the moment on Amazon is $186.

“We’re not defending tariffs and would argue overseas production of baby gear has been a net positive for parents — but even a $50 price boost doesn’t make the crib even close to what it cost 20 years ago,” Fields said. (Delta did not respond to a request for comment.)

Tariffs would make a small impact in the overall first-year costs of having a child
Parents spend an average of $7,450 outfitting their households for babies with products including cribs, car seats, strollers and diapers, Fields said. But those expenses pale in comparison to costs like day care and lost wages from parents who leave the workplace to care for children. Families shouldn’t spend more than 7% of their income on child care, according to a 2016 recommendation by the Department of Health and Human Services, but there’s no state in the country where parents can follow that recommendation, according to a 2018 report from Child Care Aware of America. In some states, parents spend up to $20,000 a year on infant day care.