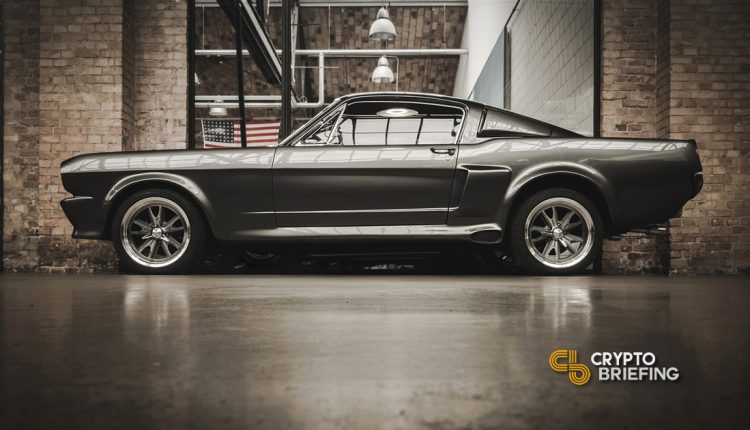 Buy all the tokens. Liquidate the assets. Hey Presto! You just made a ton of cash! But no.

Suppose you worked for a new startup which seeks to launch a promising but little-understood technology. Suppose further that, after several rounds of funding, financial experts assessed your company’s accounts and discovered that the product isn’t worth the cost of making it.

That’s the situation facing several blockchain companies in an ongoing bear market that has left their coins worth quite a bit less than when they were launched.

At least twelve initial coin offerings now have market caps that are significantly lower than the value of the ethers still sitting in their wallets. 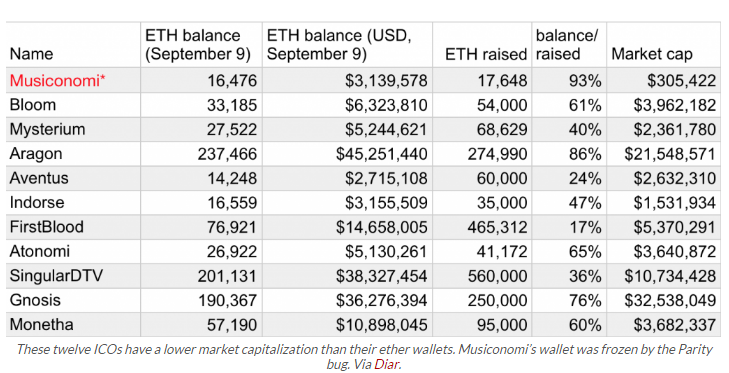 HEROCoin, a decentralized betting platform for e-Sports, is currently sitting on a treasury worth $7.8 million—nearly seven times the value of every single herocoin put together. Unless Herocoin has a very successful mainnet launch in the coming months, it is likely that most original investors will be left with very heavy bags for the years to come.

Other ICOs face the same problems, although their values have not dropped so precipitously. SingularDTV, a “blockchain entertainment studio,” still has a stockpile of $38.5 million in ethers, nearly four times the market cap of its cryptocurrency.

These data, originally published by Diar, are currently making the rounds on Twitter and can be readily verified by comparison with public treasury addresses and CoinMarketCap.

So What Happens When A Crypto Collapses?

In a regular tech stock, this would be a chance to make a killing. Fundamental Analysis, the practice of measuring a company according to its net assets and cash flows, is a reliable tool for high-powered fund traders and banks to identify undervalued companies in highly speculative markets. In short, if a company’s shares are worth less than the total value of its offices, computers, factories, and income, then smart money says that an investment will probably pay off even in the event of liquidation.

That logic does not work in the world of decentralized systems and cryptocurrency, for two reasons. First, unlike stocks, most crypto-tokens do not confer a share of company ownership or profits, unless they are explicitly intended as security tokens. Second, most of the assets of blockchain companies are themselves highly volatile; Ethereum has taken several deep dives, and an investor in an ICO tokens would be gambling on ether prices as well.

It certainly looks bad when a startup falls off the launchpad, especially when its product is worth only a fraction of what its investors put in. However, that bill does not need to be paid immediately. Depending on how much large one’s treasury is—and how far the product is from launching—these metrics may not necessarily indicate a destination on the cryptocurrency scrapheap.

“Companies that did an ICO before the price boom of 4Q17 are sitting on massive reserves that could potentially fuel development teams for years to come,” Diar wrote, in its original research. “[C]ryptocurrency retail investors are likely to continue seeing upbeat teams within the cryptosphere about the prospect of their tokens having secured funding for years to come.”

Many tech startups get their money by promising to develop a product, hopefully worth more than their initial capital. But the period between funding and launch may comprise years of fruitless research, dead ends, and slow growth. AirBnb, which started in 2009, did not realize a profit until 2016; Tesla’s first profitable quarter was in 2013, ten years after it was founded. Uber hasn’t made a profit yet, despite over $10bn in investment, if you discount the sale of a unit in the Middle East in Q2.

This isn’t to compare Gnosis and Mysterium with Elon Musk. Nine out of ten startups fail, and the proportion of ICOs that have already failed is similar. But the fact that these projects still have sizable ether budgets is better than it looks: money in the piggy bank means more reserves for marketing, product development and last-minute bug fixes, which might be enough to turn prices around after a successful mainnet launch.

In short, there’s not that much cause to fret for the ICOs which have only liquidated a fraction of their treasuries, although falling ether prices will certainly force them to tighten their budgets. The ones you should really worry about are those companies with no reserves left to spend.

Pimco to stay away from equities and passive management

US equities were resilient to trade wars – ANZ