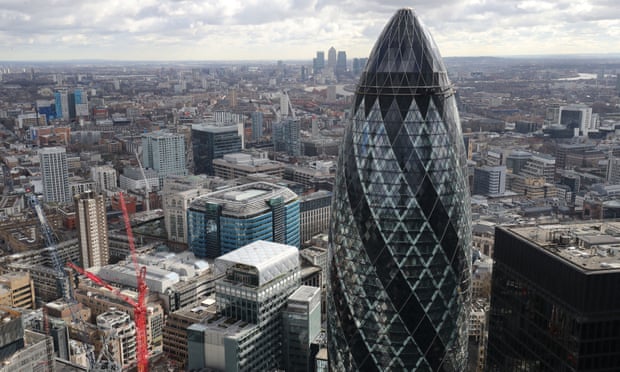 The British Chambers of Commerce (BCC) has downgraded its prediction for UK growth this year and the following, joining a growing number of forecasters that warn Brexit uncertainty has sapped the economy’s strength.

Looking ahead to the end of the year, economists at the BCC said GDP growth will fall to 1.1% from a previous forecast of 1.3% while next year it will hit only 1.3%, down from 1.4%.

By 2020 the UK economy will have suffered its second weakest decade of average economic growth on record as as business investment and export growth slow, said the BCC.

The figures chime with most other mainstream forecasters, though they follow upbeat official figures that showed the economy expanded by 0.6% in just three months to the end of July.

The BCC said the high cost of doing business in the UK and ongoing uncertainty over the UK’s future relationship with the EU would continue to stifle business investment, and drag down growth in the second half of the year.

The jobs market is expected to continue to be a source of strength for the economy, with the unemployment rate predicted to remain close to its 40-year low.

But the BCC said businesses will continue to face significant skills gaps, undermining their potential to grow, while workers are unlikely to experience meaningful real wage growth as the gap between pay and price growth is forecast to remain negligible.

Adam Marshall, BCC’s director general, said the forecast will put pressure on Philip Hammond to put together a budget that supports struggling businesses.

“Brexit uncertainty continues to weigh heavily on many firms, as most of the practical questions facing trading businesses remain unanswered.

“At a time of massive change and uncertainty, business would not forgive a timid ‘business as usual’ autumn budget,” he said.

There is also pressure on the chancellor to set aside funds to reverse planned cuts to public services. Hammond needs to find an extra £20bn for the health service following promises by the prime minister to boost health spending by more than 3% a year.

The New Economics Foundation (NEF) said several government departments without any explicit spending protections from ministers – such as prisons, public health and housing – would be exposed to severe funding shortfalls by 2023–24 that could damage their ability to provide decent public services.

Housing and planning – including schemes to incentivise the building of new homes and homelessness prevention – would risk cuts worth about £30m per year over the same time period.

The findings come ahead of the autumn budget, when the chancellor also plans to unveil the total amount of money available for a comprehensive spending review covering Whitehall departments next year.

Although the government has pledged to protect spending on areas such as the NHS, schools, defence and overseas aid, some departments face tighter constraints on spending that can result in cuts over time.

NEF’s analysis is based on rolling forward the current spending restrictions imposed by the government until 2023-24, which would be the likely final year of a four-year spending review. It suggests Hammond could meet his current deficit targets even if the government borrows a further £24.1bn per year by 2023-24.

Hammond has previously argued there was “light at the end of the tunnel” for the public finances, raising the prospect of greater spending on public services at the autumn budget to bring austerity to an end. While allocating funds at the budget, the government would conduct the spending review next year after Brexit.

Alfie Stirling, head of economics at the NEF, said: “The decade of austerity so far has arguably been the worst policy error in a generation.”

“If the chancellor fails to take the opportunity to learn from the lessons of the past by taking action at the spending review, we could be living with the consequences of deteriorating service quality and lost living standards for years if not decades to come.”