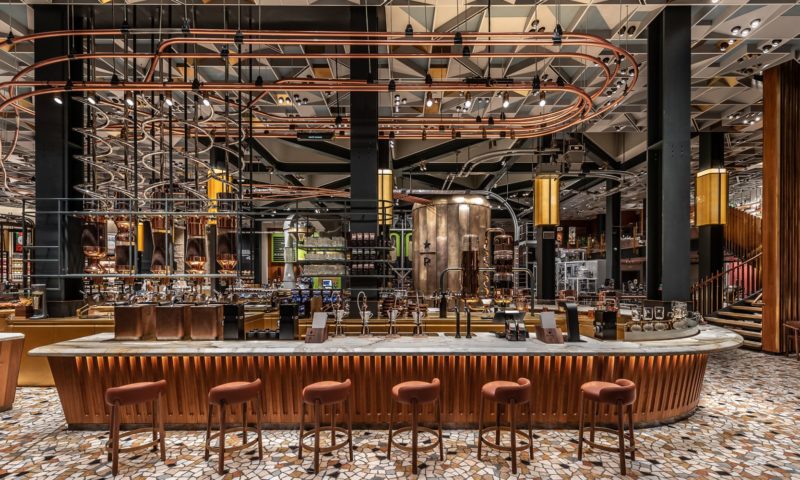 With more than 25,000 stores worldwide, it may seem like Starbucks has left no country unclaimed, yet Italy is uncharted territory for the coffee giant — until now, that is.

Roastery locations are far from the typical Starbucks store. Designed for a more upscale experience, rather than catering to those looking to get their quick caffeine fix.

There is a coffee roasting facility inside the store and customers can choose a wide array of items from alcoholic beverages to pizza.

Howard Schultz, who stepped down as executive chairman in June and is now chairman emeritus, was cautious in entering the Italian market — choosing to open with the experiential-based store and working with multiple local partners.

“We are not coming here to teach Italians how to make coffee, we’re coming here with humility and respect, to show what we’ve learned,” he said last year when announcing the new venture. 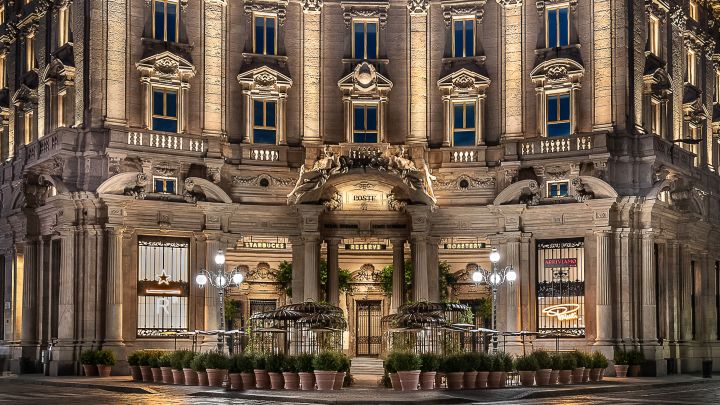 A look inside Starbucks Milan Roastery
The Milan Roastery is in the city’s Palazzo della Poste on the Piazza Cordusio, just streets away from iconic landmarks like the Duomo di Milano.

The company’s flagship Reserve Roastery and Tasting Room opened in its home market of Seattle in 2014 and a second Roastery opened in Shanghai earlier this year. Starbucks has said it could open as many as 20 to 30 Roastery stores around the world.

The Milan location is just one of four Roasteries expected to open before 2020. Roasteries are currently slated to open in New York in 2018 and in Tokyo and Chicago in 2019.

“The choice to enter the Italian marketplace was a careful one,” Starbucks CEO Kevin Johnson says. “We have taken our time to ensure our entry into Italy is done thoughtfully and respectfully.” 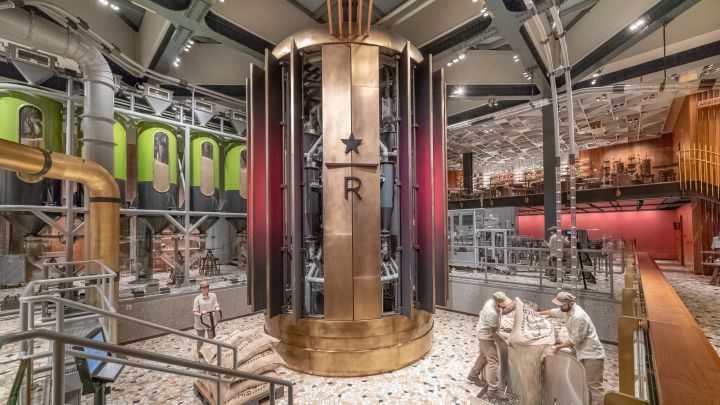 Patrons will get a glimpse into the degassing period of the roasting process. During roasting, gases form inside the beans. Over the course of a few days to a few weeks, depending on the bean variety, the built-up carbon dioxide is released and the flavor of the coffee develops.

While the Shanghai and Seattle locations have copper casks, Milan’s is bronze, a material that is prominent in Milan design and architecture. 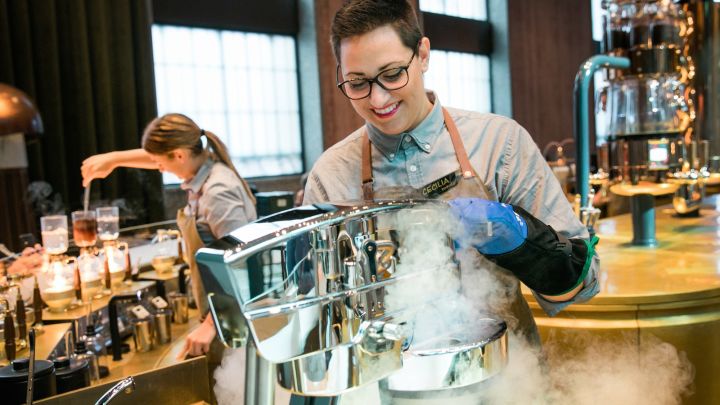 Theatrical coffee experiences
The Roastery boasts an extensive menu, with more than 100 cocktails at its Arriviamo Bar and more than 115 beverages at its coffee bar.

The techniques used in this location range from pour over and chemex coffee brewing to siphon and cold brew. The main bar will also feature Starbucks first affogato station, where ice cream will be mixed with a shot of espresso using liquid nitrogen.

Like those in Seattle and Shanghai, the Milan Roastery has items not found in other Starbucks cafes.

“Customers typically spend four times more in our Roasteries than they do in a regular Starbucks,” Johnson said. “More than that, the Roasteries themselves have also come to represent a pipeline for innovation at Starbucks, as drinks like Cold Brew, Nitro, and Cold Foam all originated in the Roastery.” 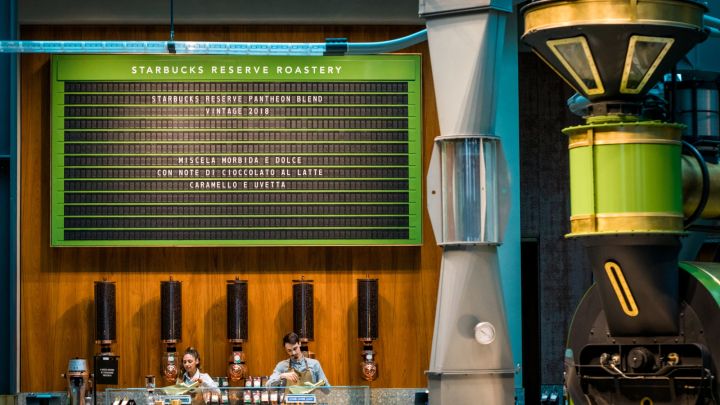 Milan’s influence
The interior uses vibrant colors to reflect the Italian fashion and design community in Milan, while its architecture pays homage to the city and the country.

The mosaic floor of the Roastery is inspired by a historic technique used in Northern Italy, and it includes marble from a quarry Milan’s citizens own. Until recently, it was only used for the Duomo of Milan and buildings in the surrounding Piazza.

The clackerboard, a staple in each Roastery, was made by the Italian company Solari.

“We are very proud of the Reserve Roastery experience we are bringing and have no intention of teaching Italians about espresso,” Johnson said. “We know we need to earn their respect, every day.”