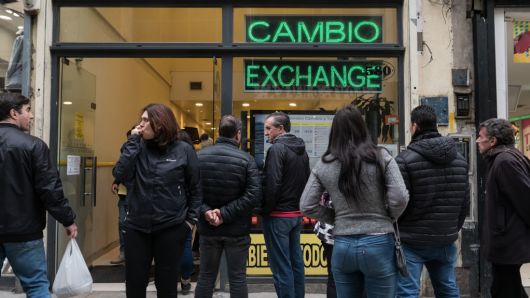 Markets have a very short attention span. Like babies, they move on quickly from one toy, or in this case an event, to another.

For instance, markets seem to have moved on from the formation of the “Fragile Five,” a group of countries that suffered heavily when the U.S. Federal Reserve started to roll back its bond-buying program in 2013. Made up of Brazil, India, Indonesia, Turkey and South Africa, this group was marked by heavy currency depreciation, high current account deficits and political instability at home.

The slump in commodity prices and fears of a Chinese slowdown kept the pressure on these economies. However, they have started to see a comeback; in India and Indonesia, for example, a change in government has led to political and economic reforms. Investors started crowding this space and inflows into funds with exposure to these markets increased.

But markets are feeling a sense of deja vu. Blame it on a stronger dollar, escalating tensions since President Donald Trump came to power, worries over a full-fledged trade war with China or rising interest rates in the U.S., this time around the crisis seems to have entered a new phase.

The damage is far more widespread. The crisis has engulfed countries across the globe — from economies in South America, to Turkey, South Africa and some of the bigger economies in Asia, such as India and China. A number of these countries are seeing their currency fall to record levels, high inflation and unemployment, and in some cases, escalating tensions with the United States.

Last week, Argentina approaching the International Monetary Fund (IMF) for an emergency loan came as a shocker for the markets. The country saw its currency fall by more than 50 percent against the dollar and its interest rates go up by a whopping 60 percent. Meanwhile, the sell-off on the back of an ongoing spat between the U.S. and Turkey over the release of American pastor Andrew Brunson has not only seen the Turkish lira hit record low levels, but has also spread to other global assets. The Turkish currency has lost 40 percent of its value this year, largely due to President Erdogan’s unfriendly policies.

Emerging markets are also heavily plagued by debt and a stronger dollar makes it tougher for them to pay this debt. The latest data from the Institute of International Finance shows that debt in emerging markets including China increased from $9 trillion in 2002 to $21 trillion in 2007 and finally to $63 trillion in 2017. The MSCI Emerging Markets index is down nearly 9 percent since the start of the year.

A constant dilemma for investors is whether to maintain their exposure in emerging economies or take a step back. Even though higher risks yield higher returns, the market fundamentals in the current scenario point to a simmering crisis. Meanwhile, rising interest rates in the U.S. and other major economies may see yield-hungry investors make their way back into developed markets.

It looks like the emerging market bubble is about to burst.

3 Things to Watch in the Stock Market This Week