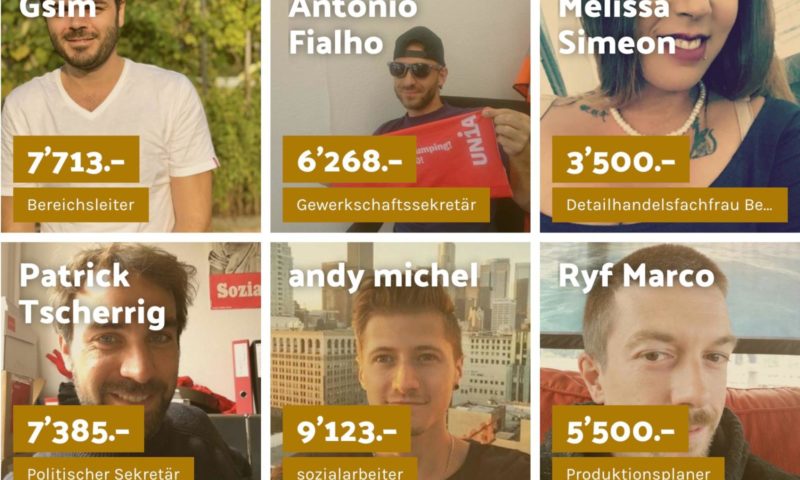 Interest in salary transparency isn’t new, but the motivation for it is evolving.

In Norway, it has been possible to find out what anyone in the country earns with the click of a mouse since 2001, when the government put everyone’s salary and tax details online. The aim of that was to increase people’s trust in the tax and social-security system, since Norwegians pay such high income tax.

Switzerland is now home to a salary-transparency campaign with a different goal. Spearheaded by a group of Swiss trade unions, the Zeig Deinen Lohn (“Show your income”) campaign is trying to make a dent in the country’s traditional reticence around mentioning salaries by urging people to publicly share what they make online. Beyond breaking the taboo around discussing earnings, the organizers want to push employers to tackle wage discrimination.

Already, more than 350 young people have taken to the site to upload a picture and divulge their salaries.

“The idea is to lay things bare and create a new culture of conversation about wages,” Isabelle Lüthi, from Unia trade union, told Swiss news site 20 Minuten (link in German). Trade unions say that women in Switzerland earn around 20% less than men for the same jobs. “Wage discrimination does not only affect women,” Lüthi added. “Often non-Swiss or part-time workers are also affected.”

In Switzerland, a country famous around the globe for its history of financial secrecy, friends and even spouses tend not to talk about what they are getting paid. But “if you don’t know what someone you’re working with is earning, it’s easier for a boss to pay unequal salaries,” Unia’s Nicole Niedermueller told Euronews.

Switzerland could take a leaf out of a neighbor’s book. Germany introduced a Wage Transparency Act in January that allows employees to find out what their co-workers earn—but only median salaries for a particular role; they can’t find out what an individual is making, nor anything about bonuses or other extras. Also, the law only applies to companies with more than 200 employees. Still, it’s a start.

Alibaba Is Expanding Its E-Commerce Platform Into These 4 Markets