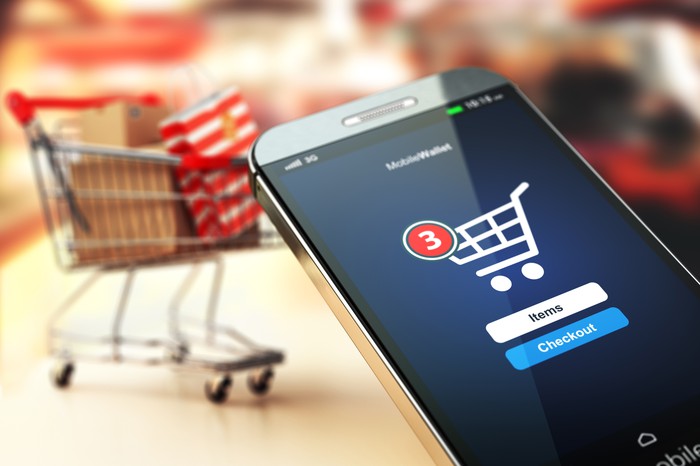 Alibaba (NYSE:BABA), the largest e-commerce player in China, controls 58% of the country’s e-commerce market, according to eMarketer. Its closest rival, JD.com (NASDAQ:JD), controls just 16% of the market.

Alibaba generated 89% of its e-commerce revenues from China last year. The remaining 11% came from its growing presence in international markets. Let’s examine four markets that could become major growth engines for Alibaba’s overseas business in the near future.

Russia
In 2010, Alibaba launched AliExpress, a marketplace that allows Chinese merchants to directly sell their products to overseas customers. AliExpress became extremely popular in Russia, where it now controls 69% of the e-commerce market, according to Ecommerce News Europe. Given that success, Alibaba launched a dedicated version of its Tmall for Russian shoppers last year.

Russia is a fertile market for e-commerce companies. It has an internet penetration rate of 71%, but eMarketer expects e-commerce transactions to account for only 3% of the country’s total retail transactions this year.

Alibaba has a head start in Russia, but JD.com — which abandoned the Russian market in 2016 — is reportedly re-entering the market through a partnership with AlfaGroup’s X5 Retail Group, which owns a nationwide network of Pyaterochka discount stores, Perekrestok supermarkets, and Carousel hypermarkets. JD plans to deliver goods ordered online to those brick-and-mortar stores to be picked up by customers.

Through Lazada, Alibaba can reach over 600 million potential consumers in Singapore, Malaysia, Indonesia, Thailand, Vietnam, and the Philippines. Online sales still account for less than 5% of all commerce across the region, according to a recent Google-Temasek report.

Lazada also owns Singapore-based web grocer RedMart, and it previously partnered with Uber and Netflix to launch LiveUp, a Prime-like bundle that offers expedited or discounted deliveries from Lazada and Alibaba’s Taobao Collections, special discounts at Redmart and Uber, and a six-month subscription to Netflix.

Alibaba has a wide moat in Southeast Asia, but still faces rising competition from Sea’s Shopee, Amazon (NASDAQ: AMZN), and JD — which recently expanded into Indonesia and Vietnam through big investments.

Alibaba controls a much smaller slice of India’s e-commerce market than Flipkart, which Walmart recently acquired a majority stake in, and Amazon, but there’s still time to catch up. The total number of online shoppers in India could more than double to 120 million this year, according to a recent ASSOCHAM-Resurgent study, but that only accounts for about a quarter of its total internet users.

Mexico
Last year, Alibaba signed a deal with Mexico’s state-backed trade and investment group, Promexico, to export products — like avocados and tequila — to China through its e-commerce platform. Alibaba wants 100 Mexican vendors to sign up before it launches a dedicated “pavilion” site for the country, but only 24 companies have been approved so far.

That adoption rate is sluggish, mainly due to concerns about logistics and insurance costs, but Alibaba believes the platform — which would represent its first step into Latin America — could pay off over the long term.

The key takeaways
Alibaba already provides dedicated e-commerce pages for 17 countries, but many of those markets — like the U.S. and Japan — are tightly controlled by dominant players like Amazon or Rakuten. Therefore, investors focusing on Alibaba’s longer-term growth opportunities should take a closer look at its efforts in Russia, Southeast Asia, India, and Latin America.

In tight-lipped Switzerland, young people are publicly sharing their salaries

Warren Buffett Is Buying These 2 Stocks — Should You?