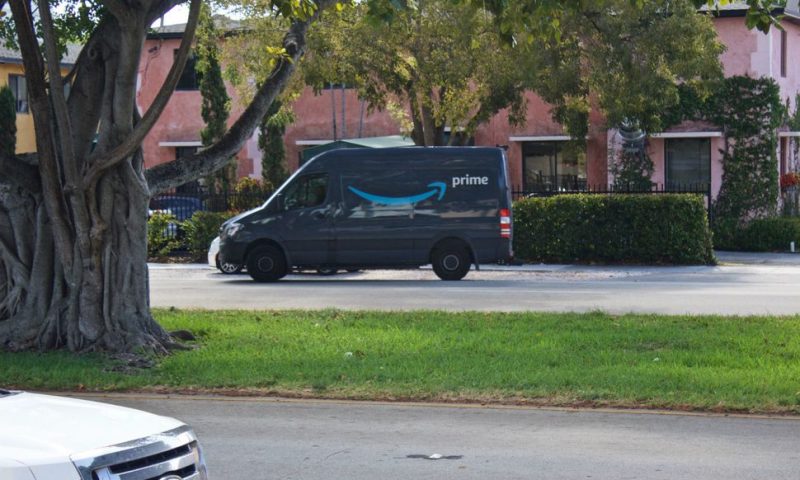 As an expansion of its Delivery Service Partner program, Amazon will provide employees with up to $10,000 to start their own delivery businesses.

AMAZON ANNOUNCED A NEW initiative for employees that would allow them to start their own package delivery companies.

Amazon said in a press release Monday it was expanding its Delivery Service Partner program in the United States, Spain and the United Kingdom “with a new incentive for current employees to start a small business owning and operating a package delivery company.”

[ SEE: The Week in Cartoons for May 13-17 ]
The incentive would provide employees with $10,000 to fund the startup and three months of the employee’s salary so they “can more easily get their package delivery companies off the ground.”

Dave Clark, senior vice president of Amazon’s worldwide operations, said in the release that the company received “overwhelming interest from tens of thousands of” people who applied to the new program, including current employees.

As part of the extended program, which the company hopes will speed up delivery times, Amazon employees will leave their jobs to start their businesses.

“An employee will leave their role at Amazon to build their business knowing they will have consistent delivery volume from Amazon, access to the company’s sophisticated delivery technology, hands-on training, and discounts on a suite of assets and services, including Amazon-branded vans customized for delivery, branded uniforms and comprehensive insurance,” the release states.

Clark said feedback from employees who expressed interest in starting businesses revealed that they “struggled with the transition.” The new incentive will provide a way for “associates with an appetite for opportunities to own their own businesses.”

The delivery program was launched in June 2018, but the influx of interest from employees led to its expansion. Company officials said the Delivery Service Partner program has led to the creation of more than 200 new small businesses and the company expects to add hundreds more this year.

Consumers Could Be Collateral Damage if US Expands Tariffs